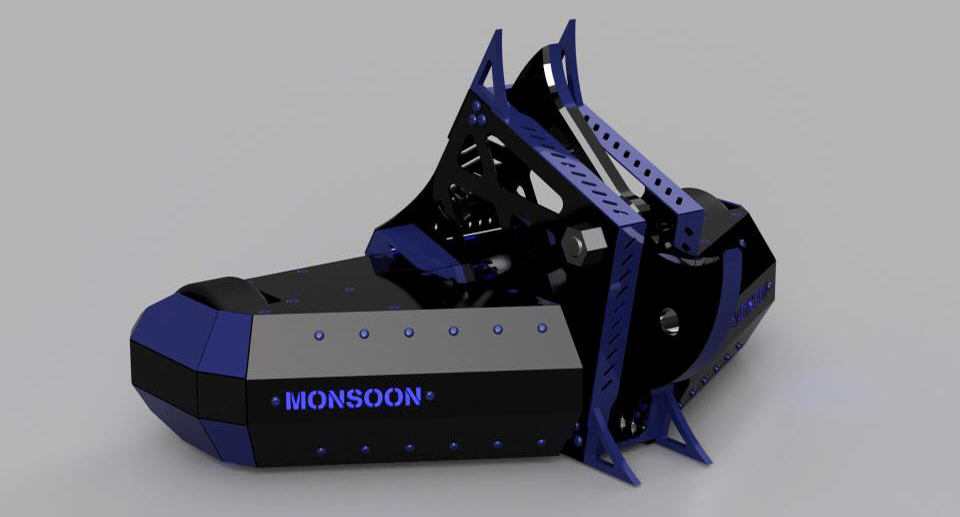 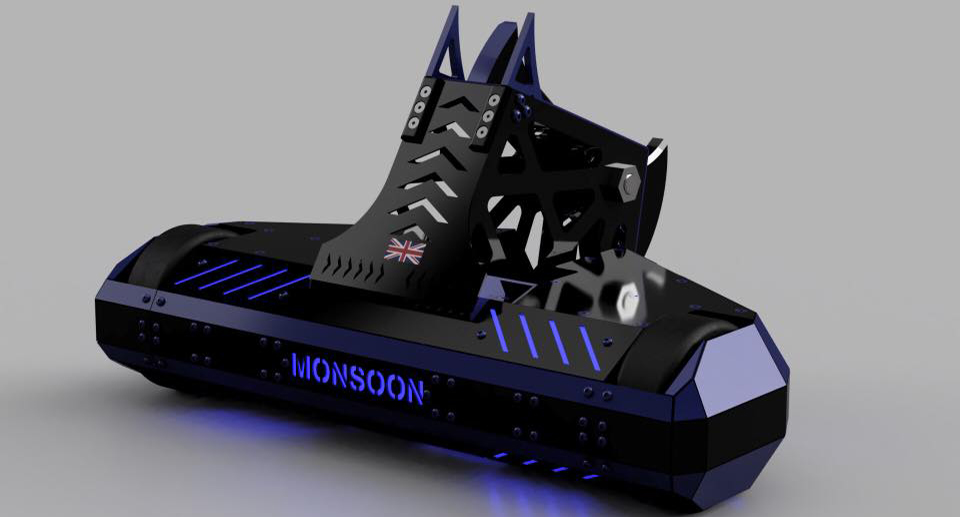 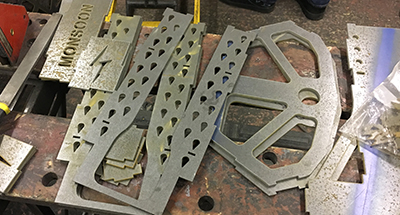 As with Tauron Mk2, Tom and Tim started to design Tauron Mk 3 on the journey back from Robot Wars in Glasgow. For this version Tom built on the design improvements of Mk 2, streamlining the body shape and bringing the weapon axle and wheels even more into line to minimise the gyro effects that had given steering problems in Robot Wars 10.
It would be an even more complicated welding job than MK2, with far more angles and small parts but this design proved to be very successful, as you can see if you look at T3's fights at Extreme Robots Maidstone 2017 on YouTube. The force of simply driving forward causes the body section to rear up, and this makes it really hard for a flipper to get hold of it - it's like trying to grip a bar of soap! 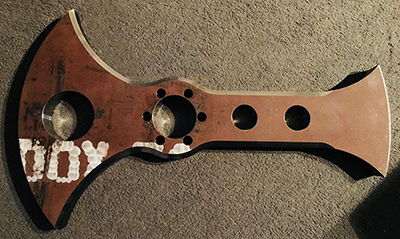 It sounds quite simple to just put a new set of armour on T3, paint it blue and call it Monsoon, but it wasn't all quite as easy as that. The main chassis had already been built for Tauron Mk3 and could be reused as it was, but Tom needed to design new "Monsoon" armour. They all knew they needed to make some slight changes to the shape of the weapon section follwing T3's Extreme Robots fights, so Tom designed a new overall shape and Sam worked within that to produce the Monsoon look with raindrops and lightning bolts. It was about this time that K-Cut agreed to sponsor Monsoon, helping towards the cost of a spare set of armour. Up to this point both Tauron and Monsoon had been entirely self-funded!

Tom designed a completely new weapon drive train and also the new fearsome single-tooth weapon bar, weighing in at 18kg. The bar then became the basis of the design for the Team Monsoon logo.

Battlebots is a seriously destructive tournament so as well as a spare set of armour the team also made a spare weapon section. There was neither the time nor the money to make a spare main chassis so they just had to hope that wouldn't get too trashed. An awful lot of welding and angle grinding began, with a very short deadline fast approaching.

Huge thanks also to K-Cut for sponsoring Monsoon Mk1. Have a look at Monsoon's page on the Battlebots site and give us a like. 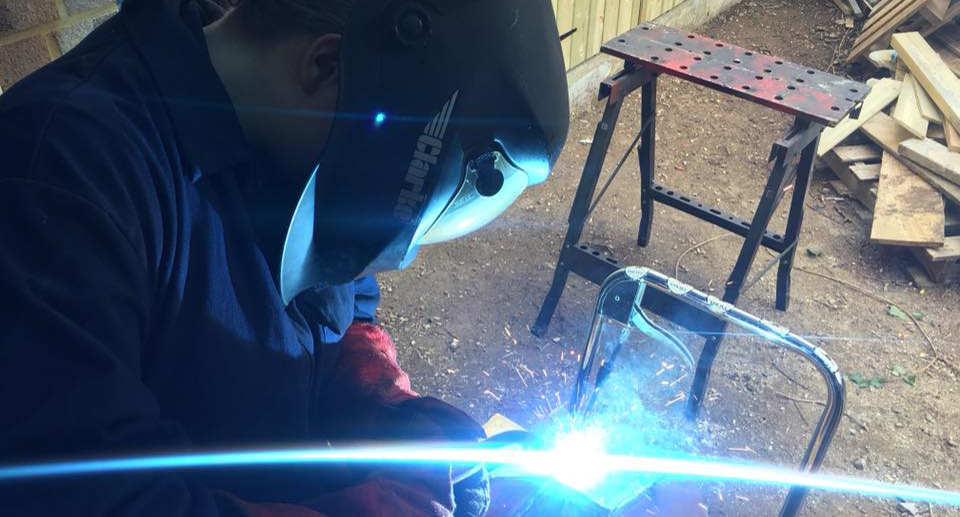 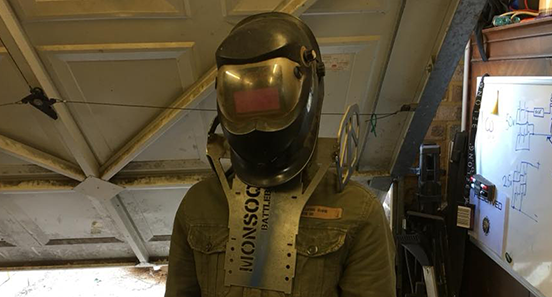 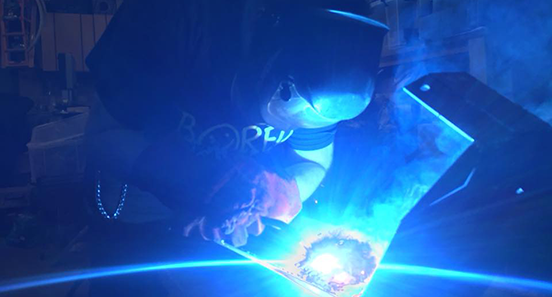 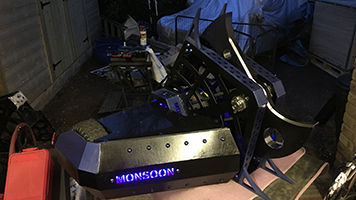